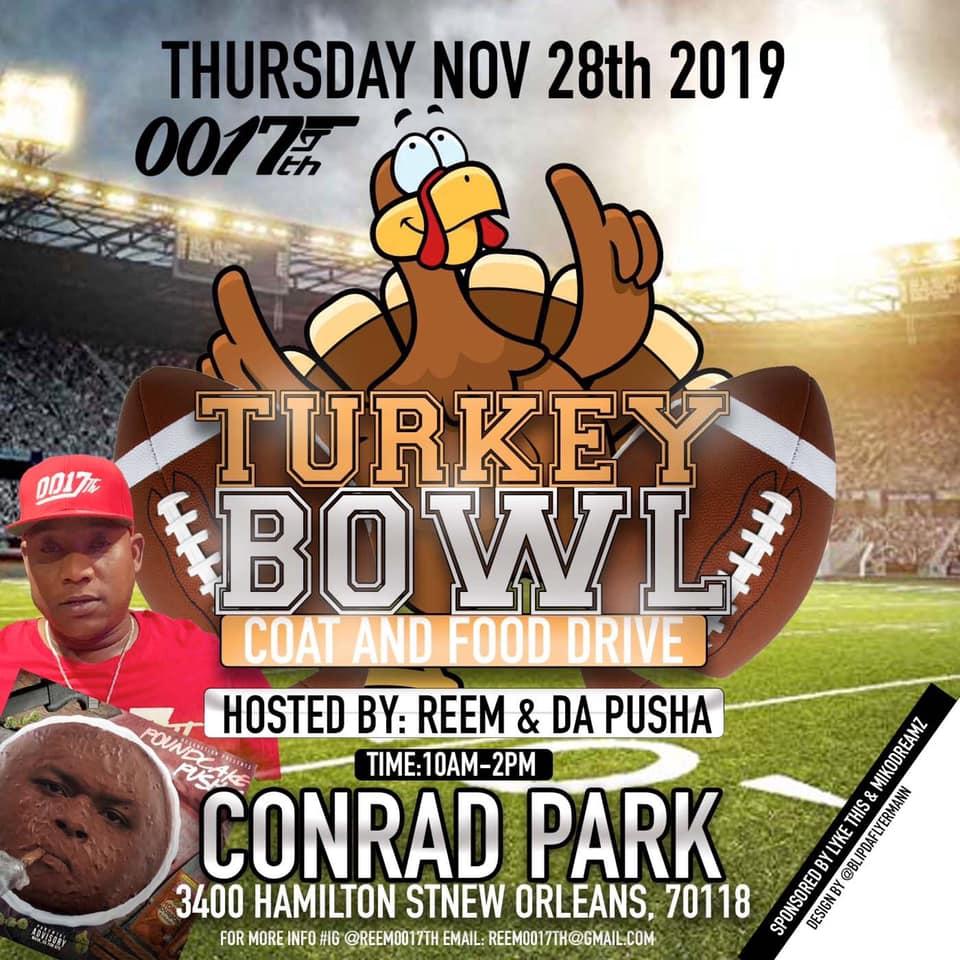 The annual Turkey Bowl football game will be held in Hollygrove’s Conrad Park located at 3400 Hamilton Street, New Orleans. The Turkey Bowl will feature former star athletes, celebrities and a few newcomers, all getting together with the purpose of having a good time while performing good works in the community. Reem, the founder of 0017th, along with many other positive figures in the community are known for coming together to sponsor various charity events throughout the year. From Easter giveaways, to feeding the homeless, to providing children with necessary educational items at their annual Back to School Giveaway, to the Turkey Bowl and other annual giveaways, 0017th endeavors to remain an integral part of giving back to the Greater New Orleans area. Each year, 0017th undertakes additional charity campaigns, with this year being no different. Second Harvest Food Bank of Greater New Orleans will receive the canned good donations collected before and during this event.
0017th will joined by entertainment powerhouse Jet Life, MIKODreamz PR, Be Great Tees, Genie Marketing Services, Mindless Dope, GELT, The Heat Magazine, and 504Diffusion, as well as several legendary musical acts to be announced at a later time. 0017th realizes the importance of assisting those who are less fortunate and given the time of year the Turkey Bowl is being held, the coat/jacket and food donations have been incorporated. They are asking attendees to bring new or gently used coats and jackets for donation on Thanksgiving Day and/or food donations. For that those who are unable to attend but interested in making a donation, drop off their donations at Phase III Body Shop located at 8401 Olive Street, New Orleans, Louisiana.