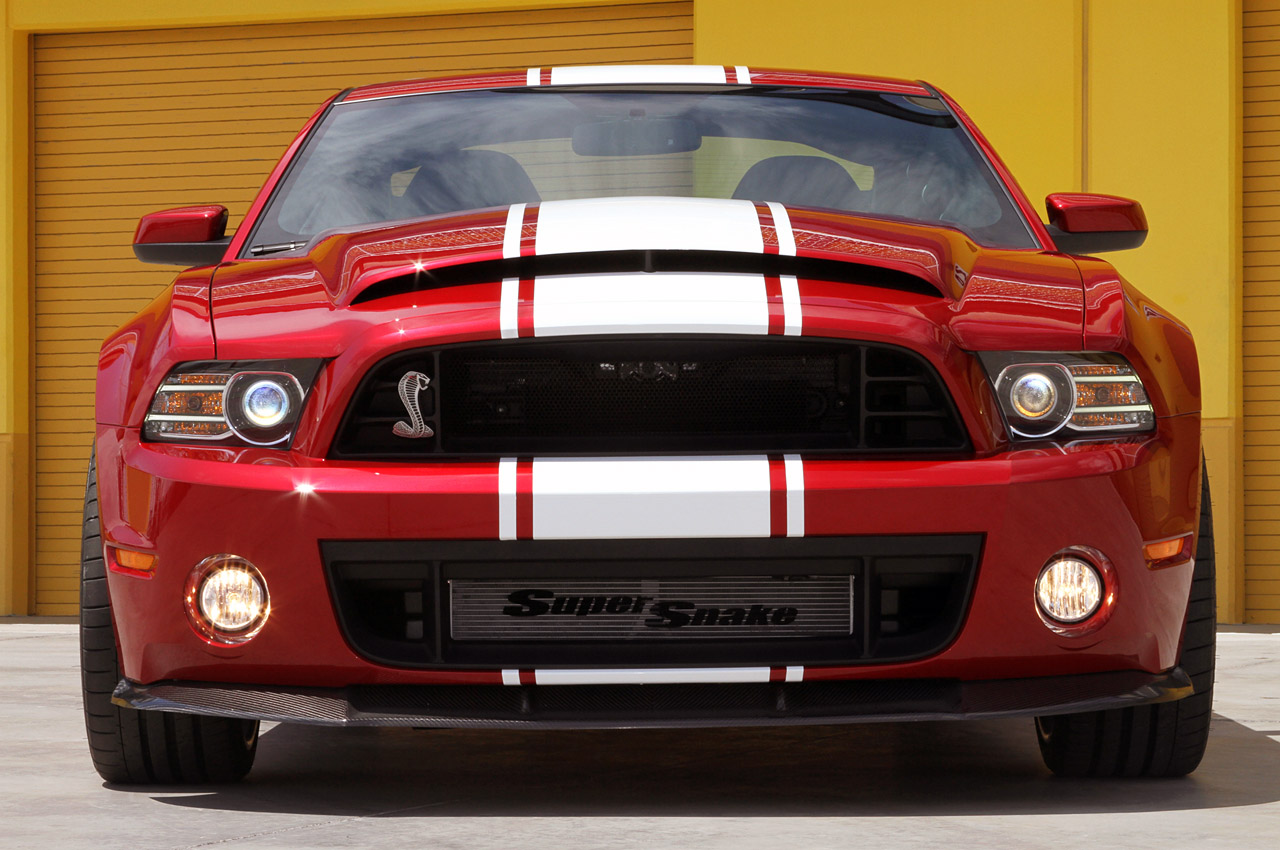 With a base model rated at 662 horsepower and an optional 850 horsepower version, the limited edition 2013 Shelby GT500 Super Snake features new styling cues, color options and optional performance upgrades at a lower base price. Only 500 total 2013 Super Snakes will be built; the car is available as a coupe or convertible in the entire color palette offered by Ford Motor Company on the Shelby GT500.

“When Ford launched the 2013 Shelby GT500, we were bombarded with requests for Shelby American to offer a Super Snake package for the car,” said John Luft, president of Shelby American. “Our team worked closely with Ford Racing and other key partners to develop our new fire breathing snake. The result is the most powerful base model Super Snake ever at 662 horsepower, which is available at prices lower than previous models. By checking off a few boxes in the series of optional equipment, you can take home a street-legal 850 horsepower version that runs on pump gas.”