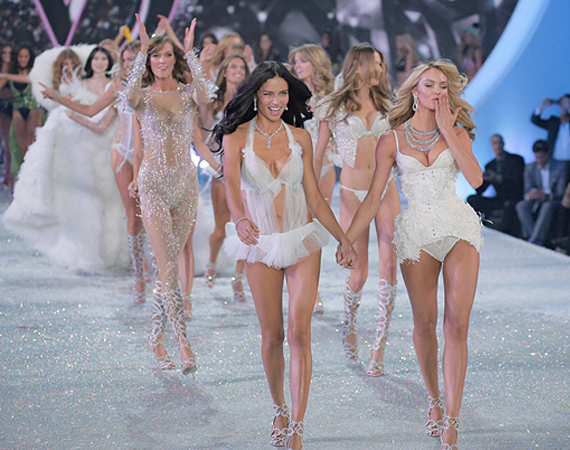 The 2013 edition of the Victoria’s Secret Fashion Show featured live performances by Fall Out Boy and Taylor Swift, but the real stars of the show were the models strutting down the runway (and, of course, the lingerie they wore, the intended raison d’etre of the evening). Notable Victoria’s Secret angels included Candice Swanepoel (who had the dubious distinction of wearing the $10 million “Royal Fantasy Bra”), Karlie Kloss, Alessandra Ambrosio, Lily Aldridge and Adriana Lima. They donned get-ups corresponding to different themes throughout the show: Snow Angels, British Invasion, Shipwrecked, Snow Angels, Parisian Nights, Pink Network and Birds of Paradise. Enjoy the recap below.