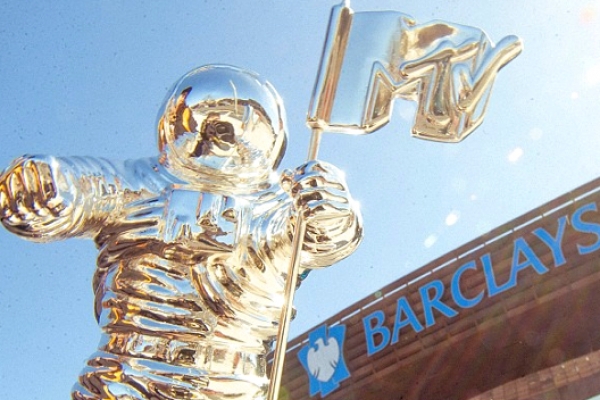 The biggest news of entertainment right now is one of the biggest shows in music and pop culture leaving Tinseltown to head back East to the newest landmark of New York City. MTV announced that the 30th Annual MTV Video Music Awards scheduled for Sunday, August 25th, 2013 will be held at Brookyln’s own Barclays Center. For more info, hit the jump. This will be the first time in the last four years that the VMAs have been held on the east coast. Though many know the new arena as the new home of the Nets, most of us are pretty much counting this as another notch under Jay-Z‘s belt. Kudos to Hova once again!

Brooklyn Borough President, Marty Markowitz released a statement about the amount of culture that Brooklyn holds, and how the VMAs is a perfect fit for such a historic musical city:

“From hip-hop to hipsters, Jay- Z to MGMT, Brooklyn musicians have a long history of dominating the ‘spotlight’ on MTV. Brooklyn is a cultural Mecca — the hippest, coolest place for young people across the country, and has played a crucial role in the careers of some of 2013′s biggest bands, like Fun. and theLumineers,” said Brooklyn Borough President Marty Markowitz in a statement.

“Now, it is only fitting that the first time Brooklyn will ever host a major awards show, we are welcoming the most exciting and talked about spectacle in the music industry … I’m so thrilled that I’ll probably get ‘no sleep till Brooklyn’ hosts the VMAs!”

[Shouts to MTV and Rollingstone.com]