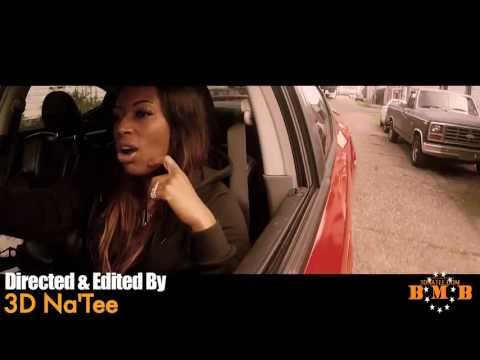 New Orleans emerging female MC 3D Na’Tee has a message for the recently acquitted George Zimmerman in new video and some words on how she is feeling below..

“Like many of you, I was shocked this past Saturday when the all female acquitted murderer George Zimmerman of Trayvon Martin’s murder. To be honest with you, of course I smelled the strong stench of racism looming around this case but for me the verdict became less about justice failing and more about the fact that in America, even in 2013, its hard to view a young black man as harmless even if he’s underage, unarmed, and non confrontational.

As people blacked out their Instagram defaults and took to Twitter in rage, I quietly looked at my brothers. Josh is 22, 5’6″, with long flowing dreadlocks. John is 21, a few inches taller than Josh, with a low cut, a beard, and piercing black eyes. To me they are just my baby brother’s and my best friends but after hearing the verdict on yesterday I realized that Josh (who’s studying to become a school teacher) and John (who has plans on opening his own business soon) may very well look like murderers to some. Not because of their actions but because of a few things that they can not change, their age, gender, and ethnicity.

One day I want to get married to a great man and have wonderful children. I always dreamed of the house with the large backyard, two cars, and two kids. A girl and a boy… A boy… A boy who may one day not be looked at as the wonderful boy that his mother raises him to be but as a threat to society because of his skin tone… Damn…