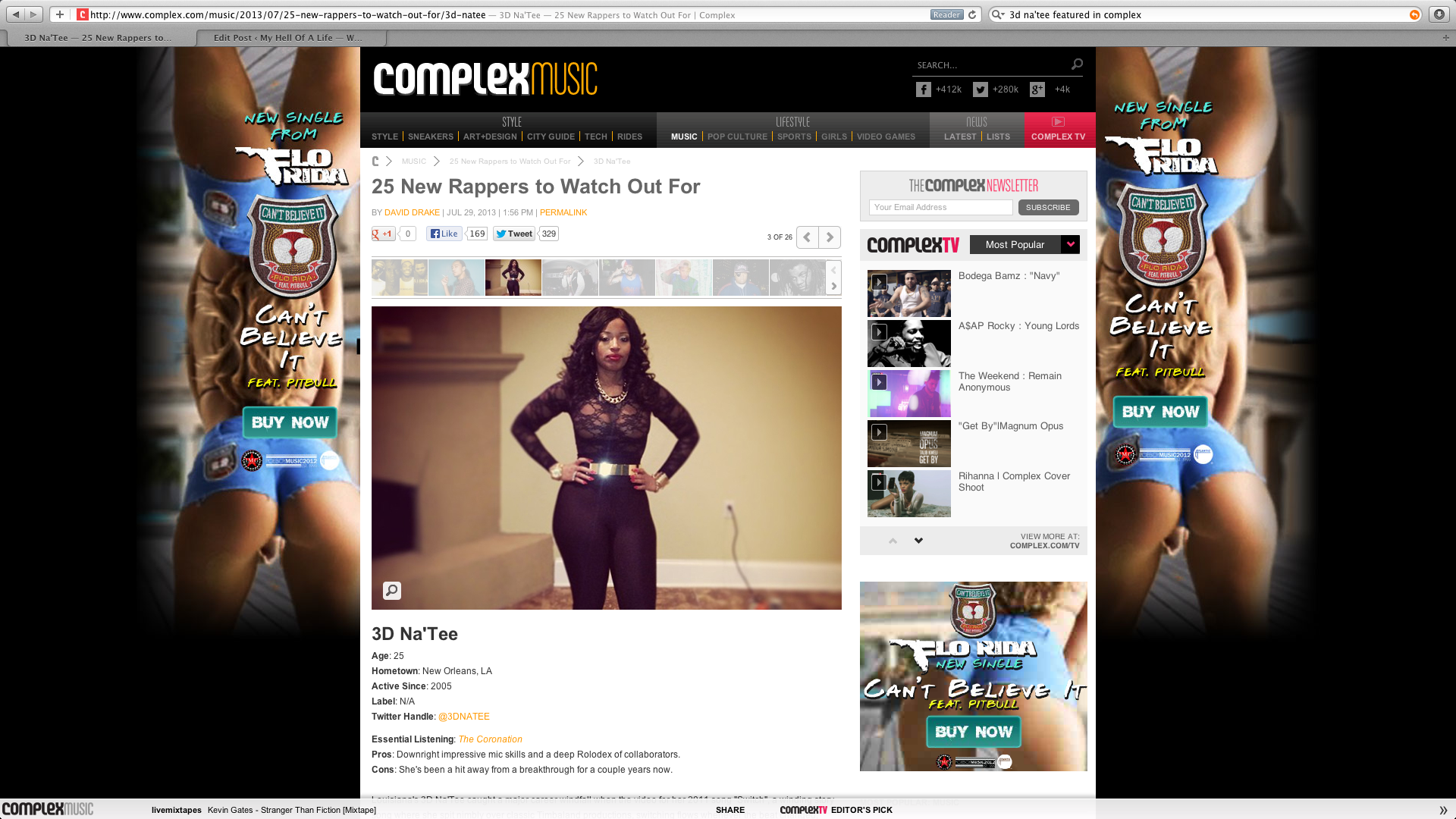 I been telling you all for awhile 3D Na’Tee is generating major buzz nation wide well she has one more thing to add to her already impressive resume as she rising through the game, Complex magazine known for being almost the bible for pop culture list-makers. Creates this year;s list for top 25 rappers to watch out for and who else but New Orleans own 3D makes the list. Here is how complex broke down this MC below…

Essential Listening: The Coronation
Pros: Downright impressive mic skills and a deep Rolodex of collaborators.
Cons: She’s been a hit away from a breakthrough for a couple years now.

Louisiana’s 3D Na’Tee caught a major career windfall when the video for her 2011 song “Switch”, a winding story song where she spit nimbly over classic Timbaland productions, switching flows whenever the beat changed, came to the attention of the man (Timbaland) himself. A deal between the two was discussed but never finalized, but Na’Tee took it in stride and hunkered down, continuing to hone her craft, direct videos, and run her clothing label Business Minded Bosses. Rap’s major labels are now handing out deals to women for the first time in what feels like forever in the wake of Nicki Minaj’s breakthrough, and Na’Tee’s monster flow is bound to lead to a breakthrough. —Craig Jenkins”