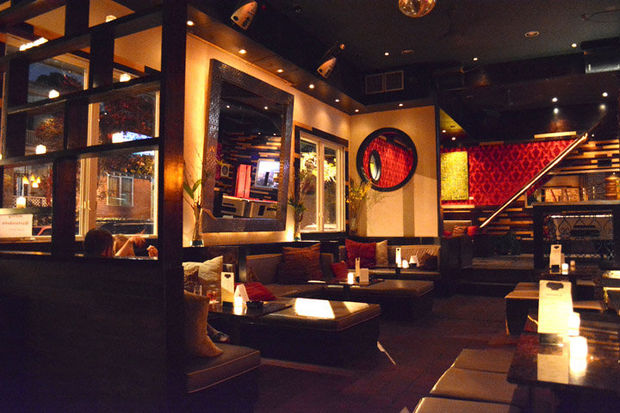 It would be impossible to come up with a top five bars of New Orleans so this list is simply for top 5 places with a nice sexy ambiance for Valentine’s Day lovers to get more in the mood.

“The past few times I went to Bar Tonique, I felt like I was the only person there noton a date,” noted one impressed reader. Which is saying something, because heretofore, Tonique gets a lot of its reputation for its range of forward-thinking and classic cocktails and for serving as a haven for the French Quarter’s service industry. Adding to the warm vibe is the bar’s ability to serve up a cozy Apple Toddy or a Whiskey Skin, year-round, as well as an actual fireplace, and you have a place that can heat up in a minute.

Opened two years ago from the team behind Cure, Bellocq deserves heated praise simply for being inspired by the famed photographer of Storyville prostitutes. It’s 19thcentury trappings coo with passion and offer a studied contrast to its ultra-hip home, the Hotel Modern. There are the period details, including the pewter, octopus-like punch bowl; the fire-truck-red mini table lamps on the oak bar; and the antique furniture and old piano.

One of the landmark gay bars in the French Quarter, Lafitte’s has undergone not one but two renovations over the past few years. The “eternal flame” and the nearby fireplace already offer cozy spots, but in recent years they also added a balcony upstairs and even more recently added more sophisticated touches. These include a completely refinished bar complete with new chandeliers overhead, and a banquette surrounding the nearby pool table (in the shadow of a new 8-ball-themed mural).

It seems like only yesterday that Sean Cummings and the International House were at the forefront of the boutique hotel craze that transformed the CBD and Warehouse District, and with it came the definition of sophisticated bars. Loa remains one of those drop-dead-sexy places, with more couches than barstools, richly red carpeting and banquette, the herb-lined bar and of course, those myriad candles to underscore its 19th century apothecary ambiance. No, it’s been 15 years, not yesterday, but Loa’s still got it.

Phillips is an island of sophistication in a sea of fun-loving college-crowd hangouts. Imagine the hippest ski lodge in New Orleans, and that starts to describe the modern feel of Phillips: jagged bricks that form both the bar’s service back wall and the steel-topped foundation; couches fecund with random-colored throw pillows; round and angled mirrors reflecting patches of ruby-red walls; hanging sconces; candles galore; and lots of attractive servers.