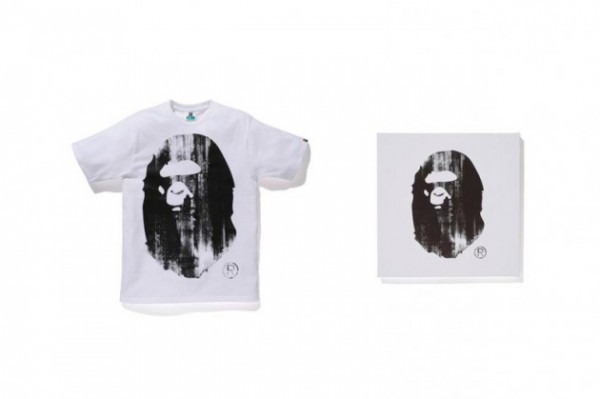 Out of the 20 special artists that Bape has collaborated with for their 20th anniversary, we feature two of them, consisting of Kanye West and Pharrell Williams who had the chance to create their own Ape Head design. Kanye West applies a dark theme on his approach, featuring somewhat of a vintage painting while Pharrell adds a dna motif in bright translucent tones.

The t-shirts are scheduled to release very soon at Bape stores worldwide.