A Look Inside the Jordan Hangar in Los Angeles 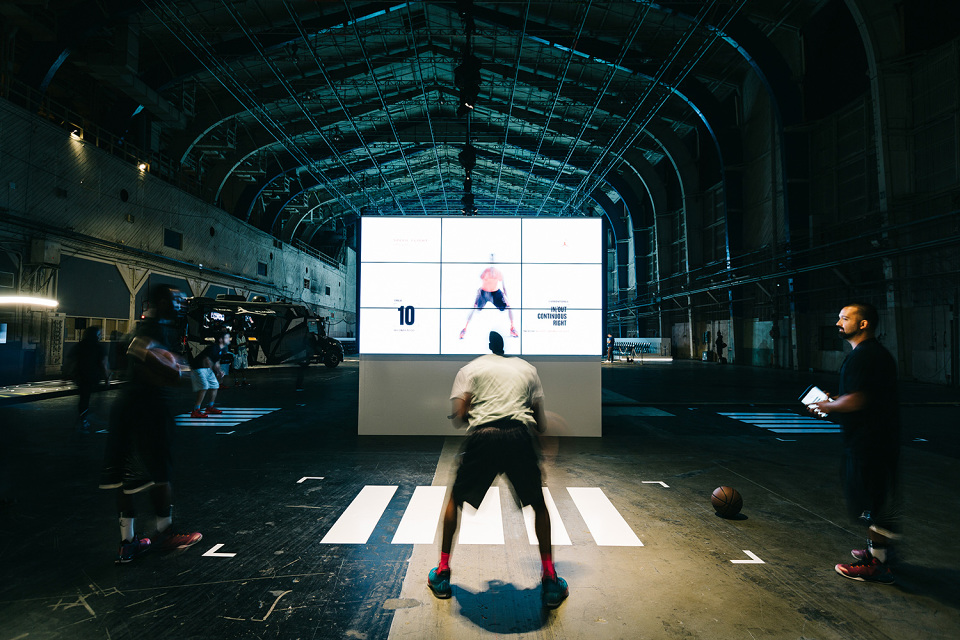 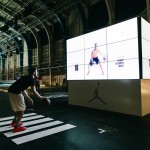 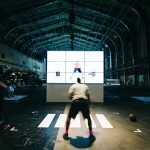 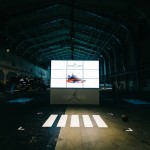 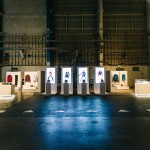 Last Thursday Jordan Brand opened up its private Jordan Hangar in Los Angeles for an exclusive, invite-only first look. Home to Jordan Brand athletes Chris Paul and Blake Griffin, and an off-season training ground for many others, the expansive space is situated in an undisclosed nearly 80,000-square-foot plane hangar in west L.A. The hangar includes a full-size, regulation basketball court, with a stylized silver base and Jordan fractal pattern up and down the floorboards.

As you walk toward the court, two performance measurement elements stand out. The first is The Cube, a 10-foot high, four-sided box, with a video screen on each side. Players can grab a ball and test their skills while mimicking the timed, repetitive on-screen drills performed by the athlete on-screen. Moving from The Cube toward the court is a runway, launch and landing pad measuring a player’s jump, calculating the pounds of force generated on liftoff.

Furthermore, the Jordan Hangar also features two NBA-style locker rooms with a dozen lockers each: one locker room for CP, another for Blake. The locker room also has a lounge with leather chairs, couches and a 75-inch flat-screen TV, set up for NBA 2K matchups.