A Look Inside the ‘Yeezus’ Tour Pop-Up Shop 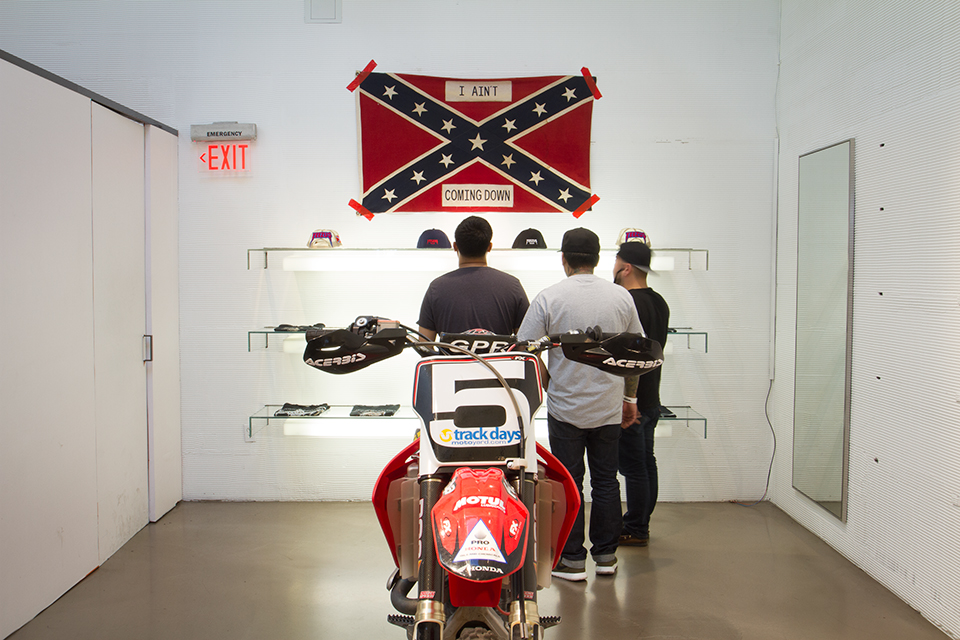 Over the weekend, we stopped by Kanye West’s Yeezus tour pop-up shop on Melrose, where we learned we were the first to properly photograph the temporary store, for a look inside. Situated next to fiancée Kim Kardashian’s boutique DASH, the store carries a wide range of Wes Lang-illustrated gear alongside decorative artwork by the New York-based artist. Re-appropriated Confederate flags play a prominent role both in the shop’s décor and the clothing itself, a design motif that has sparked some controversy among critics and fans alike for its stark reminder of slavery and segregation.
The Yeezus tour pop-up shop is open until Wednesday, November 6 at 6:00 p.m. Make sure to stop by if you’re in Los Angeles at: