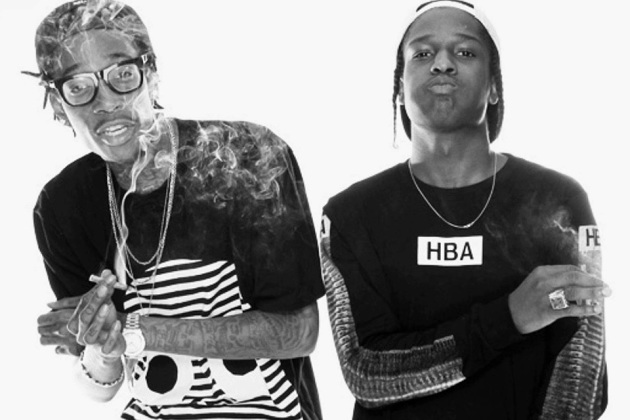 Hip-hop heavyweights A$AP Rocky and Wiz Khalifa are set to embark on a joint European tour this fall. Starting in October, the two emcees will hit up 11 cities in just over two weeks, kicking off with five consecutive UK dates starting on October 13 and closing on October 28 in Brussels, Belgium.
Dubbed the 16 Day Trip, tickets go on sale starting July 3. Check the dates below to see if they’ll be making it to your city.