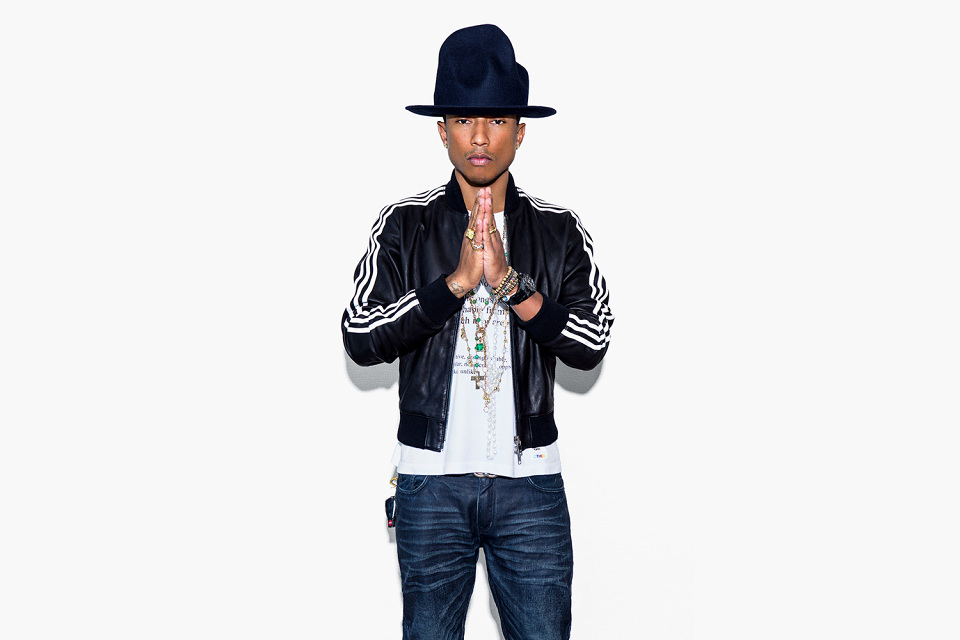 After reporting the rumor of a partnership between adidas and Pharrell in January, we’re pleased to not only officially confirm the collaboration between the two cultural giants, but to gain some insight into it as well. Of course, details are limited at the moment but we do know that this is the first time adidas has partnered with a designer who owns their own textile company – Williams‘ Bionic Yarn coming from The Vortex Project; an initiative with Parley for the Oceans to turn plastic debris from the oceans into yarn and fabric. In light of this, Bionic Yarn will be used in some of Pharrell’s upcoming products.