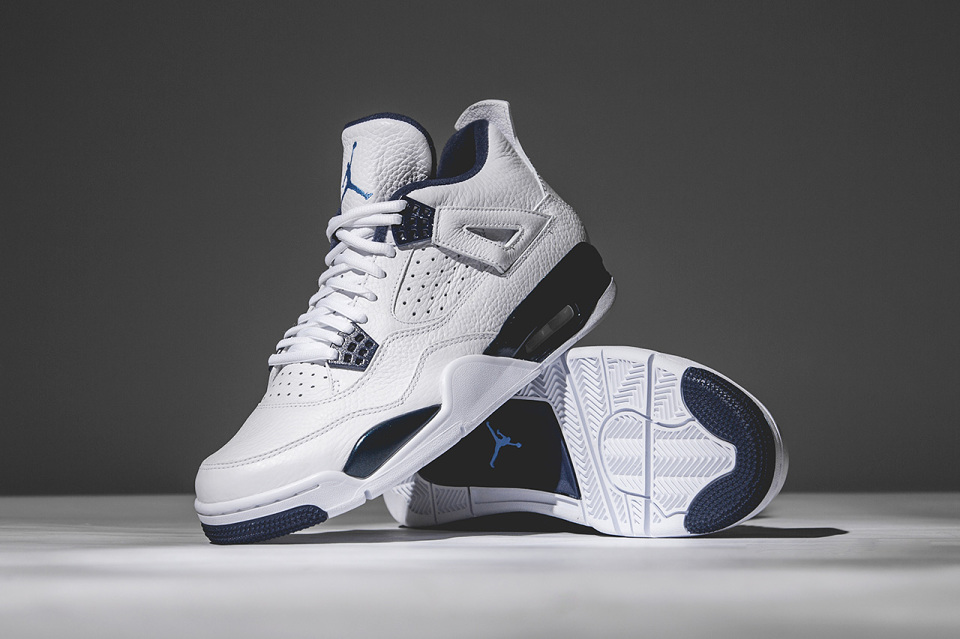 For 2015, footwear titan Jordan Brand is releasing the remastered edition of the beloved Air Jordan 4 Retro “Columbia.” Originally released in 1999, this remastered release stays true to the original, featuring a white tumbled leather upper with perforations replacing the mesh netting. Additional details include navy blue accents throughout and legend blue Jumpman logos on the tongue, insoles and back heel. The Air Jordan 4 Retro Remastered “Columbia” will be available at select Jordan Brand retailers, like Atlanta’s WISH, beginning January 10 for $190 USD.