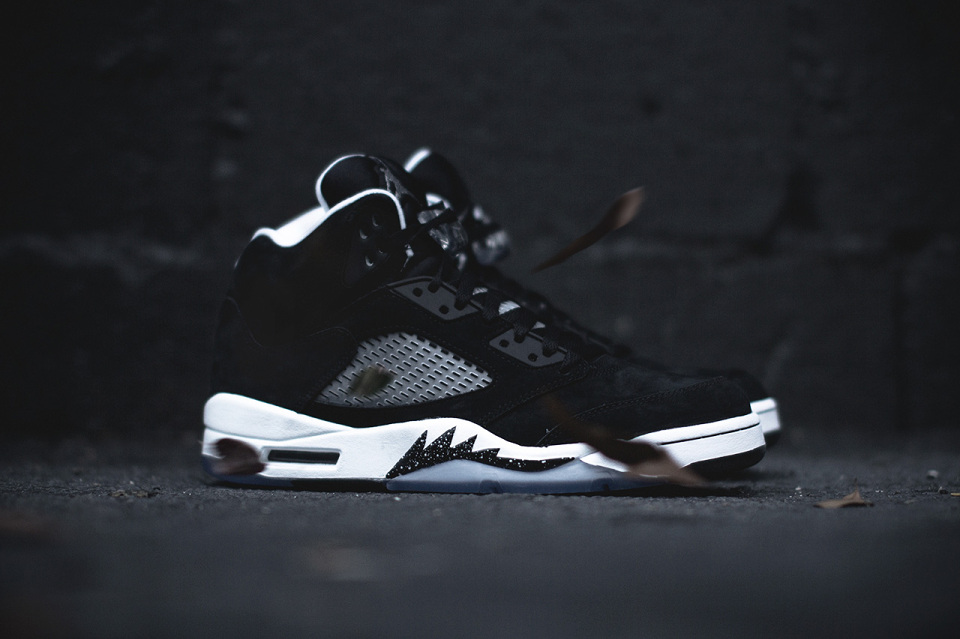 With first previews already having released as early as March 2013, a lot of anticipation has built up around the Air Jordan 5 Retro “Oreo” from the much hyped Fear Pack. It seems like we are finally getting closer to the release, as Atlanta retailer Wish has already received its stock of the sneaker. The all-black suede upper, cool grey Jumpman logo and speckled midsole look great together. Look out for a release in the coming weeks at Wish ATL and other select retailers.