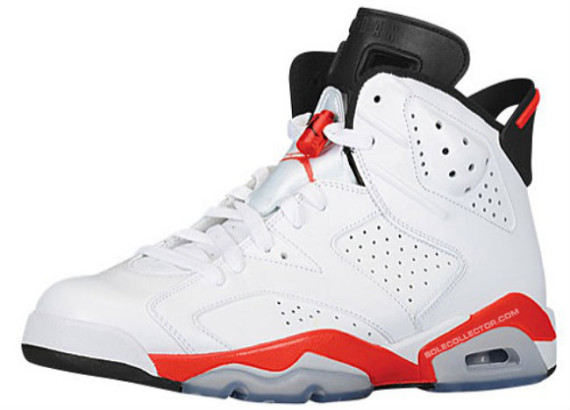 For those in the “sneaker game,” it is never too early to announce or unveil a certain edition. This is especially true when dealing with Air Jordans. So two months before the arrival of the new year, the official release date for Air Jordan 6 Retro “White/Infrared” is set on February 15th, 2014. Simply known as the Air Jordan 6 Retro “Infrared,” the edition was originally issued back in 1991. It then was re-issued once again in 2010 as part of the so-called “Infrared Pack.” Most likely because of the 2014 NBA All-Star Game, Jordan Brand is re-launching this particular edition to celebrate the 23rd anniversary of Chicago Bulls‘ first NBA Championship as well.

Available in a full range of sizes, from Men’s, Gradeschool, Preschool, all the way to Toddler and Infant, with retail price starts at $170 USD.