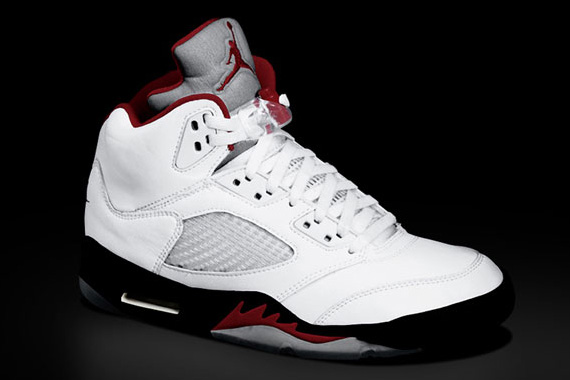 It looks to be another busy season next spring for Jordan Brand. Build up by much hearsay and rumors since July of this year, its finally confirmed that Jordan Brand will be launch the much anticipated Air Jordan V. Retro “Fire Red” on Saturday, January 26th, 2013. With mostly original design features including the white leather upper, midsole in contrast black, and clear rubber outsole, 3M reflective tongue with the Jumpman insignia, and finally, the Fire Red design accents throughout the show. Celebrating the 23rd anniversary since the introduction of Air Jordan V to Jordan Brand line-up, the upcoming variation would be the edition’s third re-release since a 1999 version, sans the “23″ embroidery and one from the 2008 Countdown Pack. VIA FRESHNESSMAG