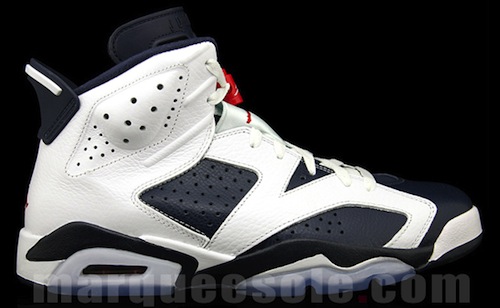 As we swiftly enter into the 2nd quarter of 2012, we grow closer to more prestigious Jordan Brand releases. The Air Jordan VI “Olympic” was previewed a few months back aiding an already stellar 2012 class and corresponding with this years Summer Games in London. The patriotic sneaker is one that we haven’t seen since 2000 making this year’s retro all the more special. As one of Jordan Brand’s most sought after silhouettes, expect the “Olympic” VI to render to sneaker community defenseless in just a few short months.

While the “Redeem Team” players will almost certainly rock different footwear in their quest towards gold this Summer, the Air Jordan VI “Olympic” wouldn’t be a bad selection. Featuring a white and navy blue leather base, these rare VI’s also showcase a red “Jumpman” on the tongue and heel tab. A translucent sole heightens the bravado of one of Summer’s hottest releases. Priced at $160 USD, look for them at select Jordan retailers on July 7th, 2012. Check out the looks after the break 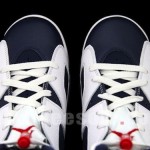 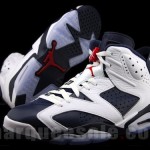 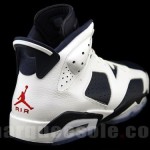 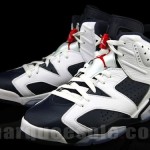