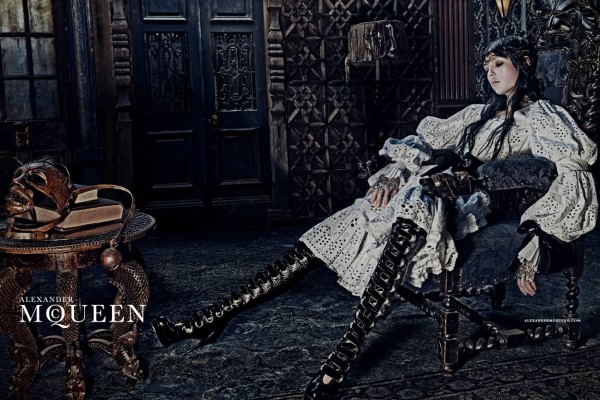 Edie Campbell appears in the ALEXANDER MCQUEEN‘s latest ad campaign shot in London by Steven Klein and showing off the “romantic and wild beauty” from the Fall/Winter 2014/15 show held earlier this year in Paris.