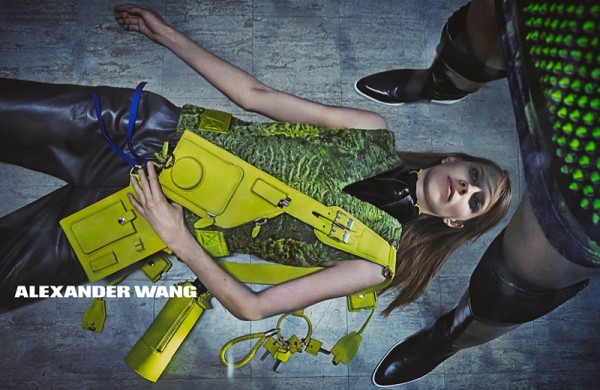 ALEXANDER WANG has presented his latest campaign, a slightly risqué series of snaps shot at Saint Cecilia in Greenpoint, Brooklyn.

Alexander Wang once again called on the talents of photographer Steven Klein and German model Anna Ewers for his Fall/Winter 2014 campaign.

The new Alexander Wang campaign will run in major fashion titles including Love, CR Fashion Book and Interview, as well as on a New York City billboard during the upcoming fashion week.