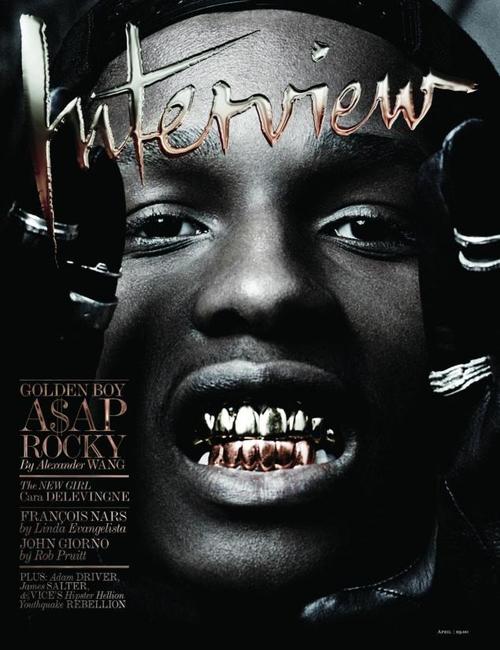 A$AP Rocky covers Interview Magazine the April 2013 Issue. He was interviewed by Alexander Wang. “Fashion was a natural thing to me,” A$AP Rocky tells designer Alexander Wang. “It was just one of those things that helped me be an individual … and it helped me get the attention that most people try to get with publicity stunts or by doing other crazy things.”

“I came up in a world that was just crazy — and it was hectic and kind of radical at the same time. For me, growing up in Harlem and then migrating down to SoHo and the lower East Side and chillin’ down there and making that my stomping ground … That was a big thing, because I’m from Harlem, and downtown is more artsy and also more open-minded. So I got the best of both worlds. It was like being on the streets and then being in school at the same time, and I tried to keep my hands in everything just so I wasn’t missing out on any fun. I just always wanted to be knowledgeable of my whereabouts, my surroundings, and what was going on with our generation.”