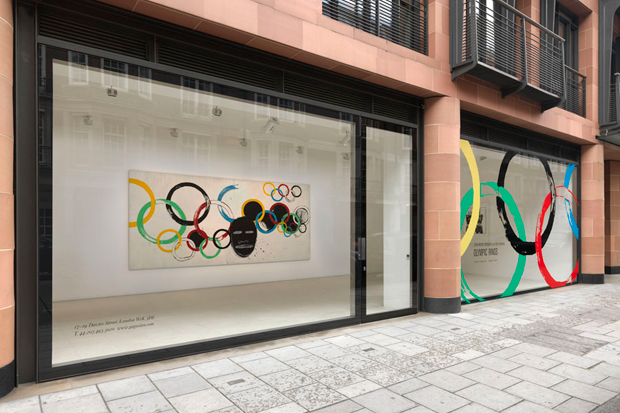 Coinciding with the start of the 2012 Summer Olympic Games in London, the city’s Gagosian Gallery is now home to Andy Warhol and Jean-Michel Basquiat‘s collaborative 1985 Olympic Rings painting. Inspired by the 1984 Summer Olympic Games held in Los Angeles, the piece is part of a group of collaborative artworks produced by the two between 1983 and 1985 and pairs Warhol’s abstract and stylized take on the Olympic five-rings symbol with a tribute to famous African-American athletes from Olympics past – done by Basquiat in his signature graffiti-informed style. Measuring 81 1/8″ x 183 1/2″, Olympic Rings will remain on display through August 11, 2012. VIA- HYPEBEAST