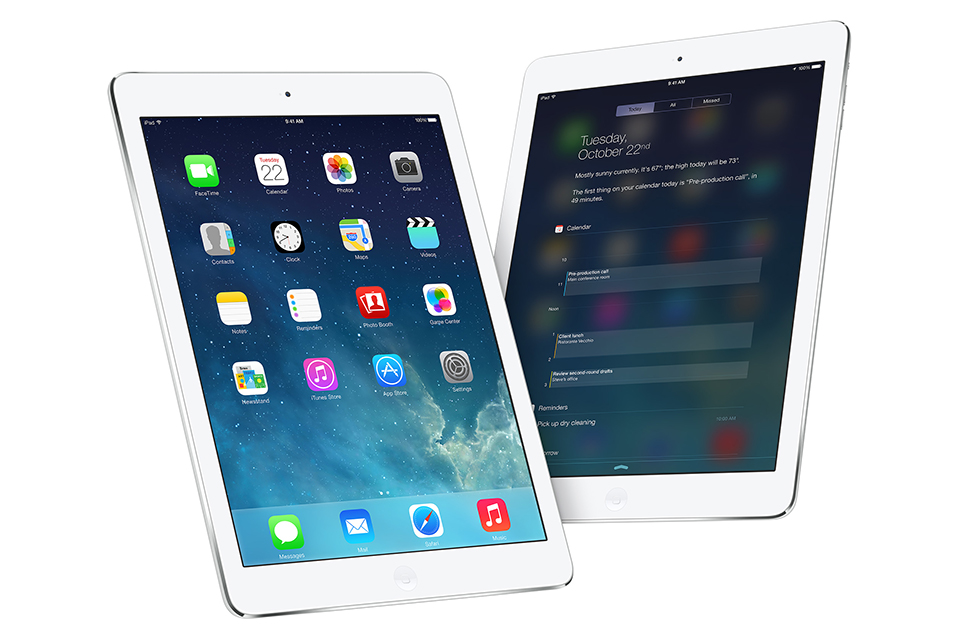 Apple has announced iPad Air, featuring a 9.7-inch Retina display in a new thinner and lighter design. Weighing in at just one pound, iPad Air is 20 percent thinner and 28 percent lighter than the fourth generation iPad. The new iPad Air features the Apple-designed A7 chip with 64-bit desktop-class architecture, ultrafast wireless with faster built-in Wi-Fi and expanded LTE cellular connectivity, and the newly-designed iOS 7