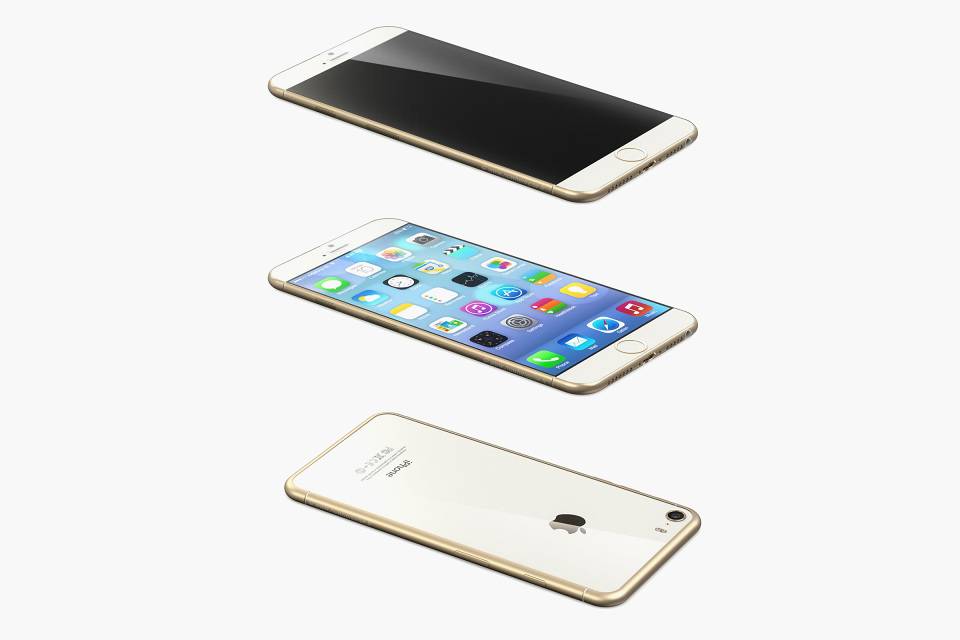 According to reports from the Wall Street Journal in January and Reuters today, Apple is currently working on two new iPhones, presumably the iPhone 6. The latest leaks point to both a 4.7-inch model and a phablet-like 5.5-inch version, with Apple suppliers “mass producing displays as early as May for the next iPhone.”
The problem with building larger iPhones, as Reuters puts it, has been incorporating Apple’s “in-cell touch panel technology.” Instead of using two layers for the touchscreen and the display, designers can shave off a few millimeters by combining them, but Apple is having trouble putting it all together.

Although there have been plenty of concepts for the iPhone 6, including this wraparound design, concept designer Martin Hajek‘s iteration is among the most realistic. The noticeably thinner concept incorporates a larger display that runs all the way to the edges, alongside rounded edges which communicate the model’s premium status. We’ll be sure to keep you posted as we hear more but for now, enjoy the concept images above based on leaked drawings discovered by Macotakara.