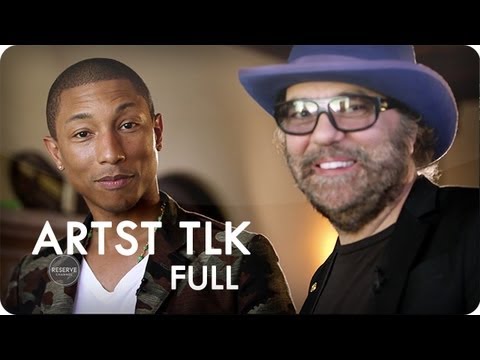 In the seventh episode of ARTST TLK, Pharrell Williams sits down with esteemed producer and musician Daniel Lanois, who Rolling Stone magazine dubbed “the most important record producer to emerge from the ’80s.” He’s worked with musicians such as Bob Dylan, Peter Gabriel, U2, Neil Young and more, as well as being an accomplished musician himself. The two discuss his upbringing, his work with the aforementioned musicians, and his sometimes unorthodox approach to music.