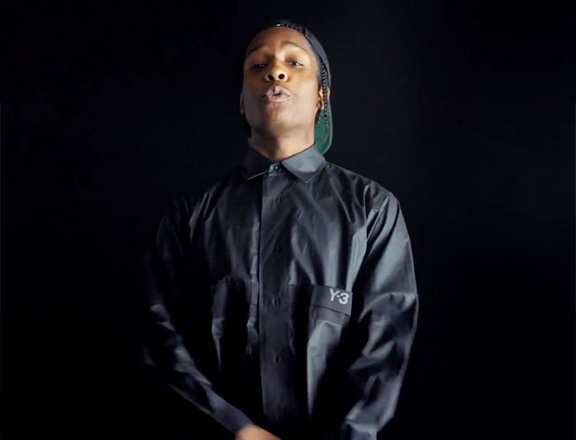 A$AP Rocky stars and rhyms in a brand new commercial for adidas Basketball‘s Crazyquick sneakers—But he’s not the only star—the campaign short also features three of the best and brightest point guards the youngest generation of NBA players has to offer: the Wizards‘ John Wall, the Trail Blazers‘ Damian Lillard, and the Sixers‘ Jrue Holiday.

The ’90s-baby hoops stars pivot and pump fake to a soundtrack of the “Goldie” instrumental paired with Rocky playing narrator, spitting a kind of spoken word flow about the three exemplary players and their collective shoe of choice (spoiler alert: they all wear adidas Crazyquick sneakers).