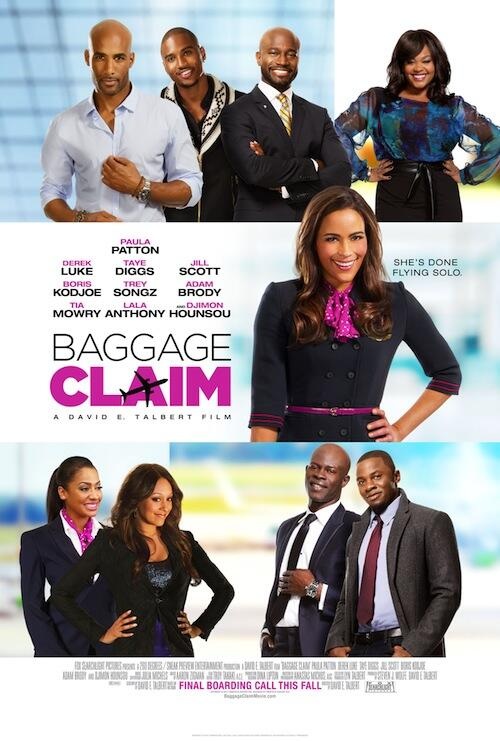 This fall, David E. Talbert is back with his second feature film called “Baggage Claim,” and he’s snagged an all-star lineup  for the romantic comedy. The film is based on a flight attendant named Montana Moore (Paula Patton) who freaks out once she realizes that she is the only woman in her entire family to have never walked down the aisle. With her baby sister’s (Lauren London) wedding drawing near, Montana is on a quest to find a man as soon as possible. With the help of her best friend (played by Jill Scott),  she goes on a journey in hopes of charming a man into marrying her.

Looks interesting enough, it for sure has some eye candy for everyone.

Catch the official movie poster and hilarious trailer below:

The movie is set to premier September 27!