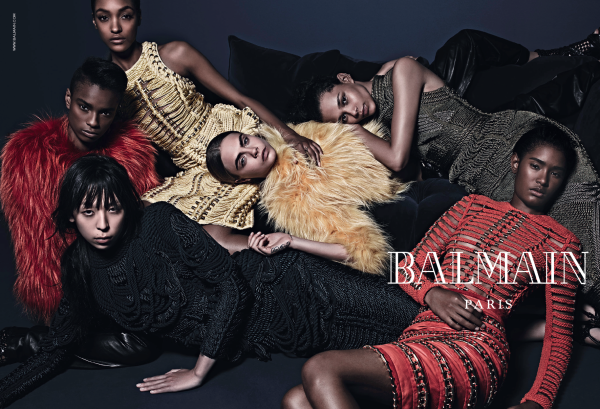 BALMAIN has teamed up with photographer Mario Sorrenti and stylist and art director Katie Grand for an exciting new campaign for Fall/Winter 2014.

The seven-strong cast replace Rihanna, who was shot by Inez van Lamsweerde and Vinoodh Matadin for the Spring/Summer 2014 campaign.