BANKSY – THE FATE OF HIS NYC ARTWORK 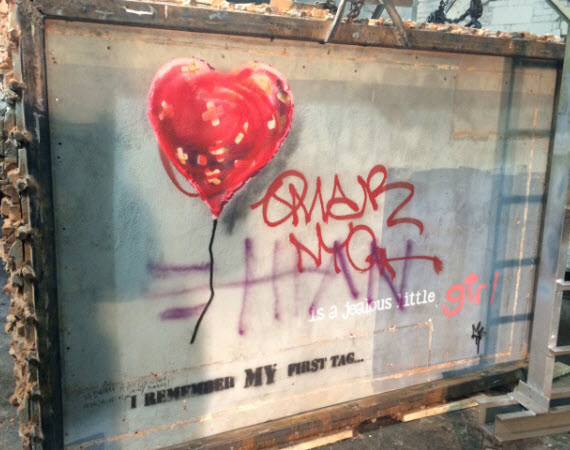 The month of October saw Banksy taking to the streets of New York city to continue his reign as one of the most elusive and mysterious graffiti artists in the world. We featured some of his tags and ephemeral paintings from around the city, including his “Better Out Than In” piece, his Twilight Graffiti Saga, and even is delivery truck-turned-mobile garden, already on our site, but as the project has come to a close, what is to become of his work? Unfortunately, while some of his 30 pieces have been painted over and others tagged over by other graffiti artists, several are beginning to make their way into the hands of private owners, including 6 that were salvaged by the building owners with an expected value in the hundreds of thousands. Some will ultimately end up in the hands of galleries, including the broken heart balloon removed from the Red Hook building in Brooklyn expected to draw in between $700,000-$900,000. To learn more about the fate of the rest of his surviving NYC artwork, including his last balloon letters spelling out “BANKSY!” see the complete recap here at the NY Post site. VIA FRESHNESSMAG.com