Beyonce Attends “Life Is But A Dream” Premiere in NYC 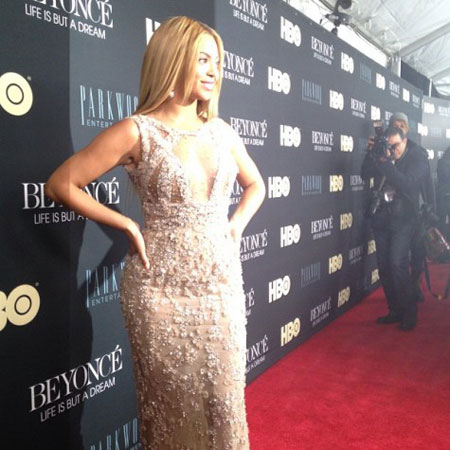 The pop icon was glowing as she attended the premiere of her HBO documentary Life Is But a Dream in New York last night. A blonde Bey turned heads in a form-fitting bejeweled gown while posing for photographers and making the media rounds.

Earlier in the day, she sat down with Oprah Winfrey for an interview about the film and her halftime performance at the Super Bowl. The episode of “Oprah’s Next Chapter” airs Saturday, February 16, at 8 p.m. on OWN followed by Life Is But a Dream at 9 p.m. on HBO.

Oprah also came to show her support at the event.

Previous « New App Just In Time For Valentine’s Day /// Rebeat: Text Your Love, Your Heartbeat
Next Jay-Z Spotted in Los Angeles For Lunch »