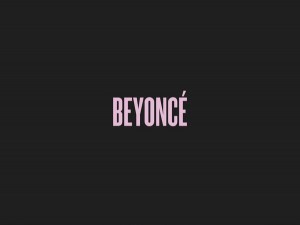 Beyonce knows her way around a holiday surprise. The singer end-capped 2013 with an “exclusive visual album” that hit iTunes as Thursday ticked into Friday morning. Her fifth LP is entitled “Beyoncé” and features tracks with Jay Z, Drake, Frank Ocean and the singer’s daughter, Blue Ivy.

Every song on the album also comes with its own music video, a mammoth investment for a singer at Bey’s level. The project comes amid whispers that Beyonce — who let the Presidential Inauguration and Super Bowl pass without a new single — wouldn’t let 2013 go without a new album. Whispers turned into a reality that played out on Twitter, where fans excitedly shared the news, mostly in all-caps messages that included the letters “OMG.”