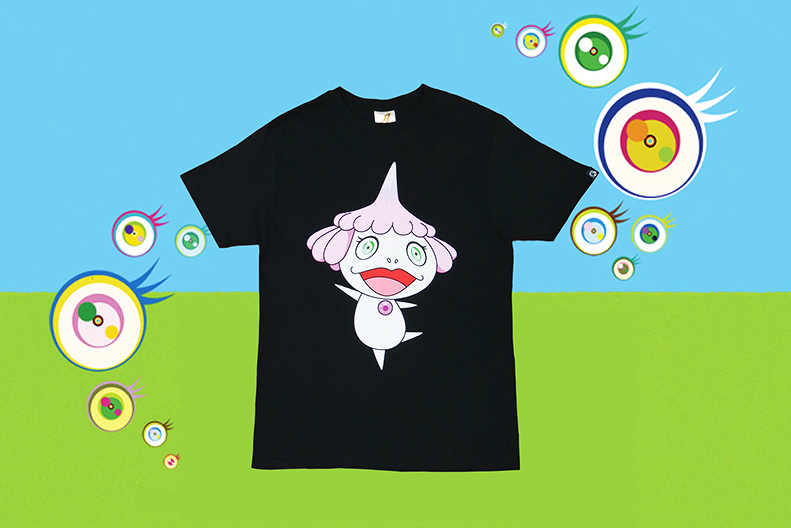 Coinciding with the screening of his debut film JELLYFISH EYES across the U.S., Takashi Murakami‘s art imprint Kaikai Kiki has teamed up with Pharrell‘s Billionaire Boys Club to produce an exclusive T-shirt. Available in black white and gray, the T-shirts will be sold at each of the screenings, alongside BBC flagship stores. Aside from the T-shirt collaboration, Pharrell has produced a track to be used in the film. Stay tuned for more information on JELLYFISH EYES and head to BBC for the list of screening dates.