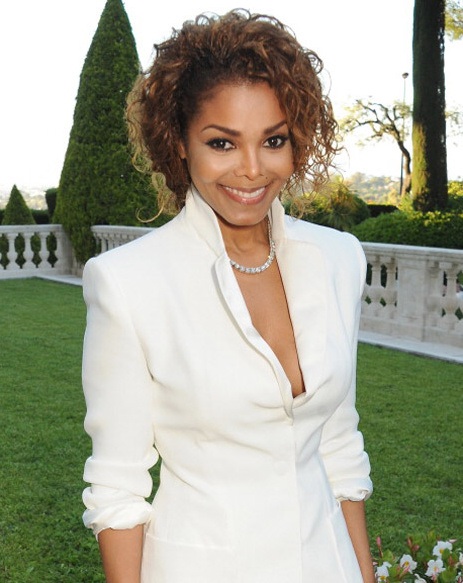 Ms. Jackson was looking fab in all white as she attended the amfAR’s 20th Annual Cinema Against AIDS event in France as part of The 66th Annual Cannes Film Festival.

A new article published in VARIETY, recently made claims that Ms. Jackson is a “billionaire”.  But before you assume her wealth is solely based on her marriage to billionaire Wissam Al Mana, the magazine reports that Janet’s “personal” wealth exceeded $1 Billion  due to $458 million from her successful concert tours, $304 million for her roles in films, $260 million in album sales, and $81 million from tour sponsorship and licensing fees.

However, FORBES magazine threw up a red flag about news outlets picking up the story.   The magazine explains that net worth (cash and assets available) is very different from the amount of money “earned” over a lifetime.  It’s a nice way of saying yes, she’s VERY rich but Janet couldn’t write you a check for a $1 Billion dollars.  Either way….good for her.

Also, reports about Janet “retiring“ from the music business were premature as she told Billboard she’s planning new music to celebrate the 20th anniversary of her groundbreaking fifth album, “janet”.

Previous « Christina Milian Is Red Hot!
Next What The What:::Chief Keef and Katy Perry Beefing It Up On Twitter? »