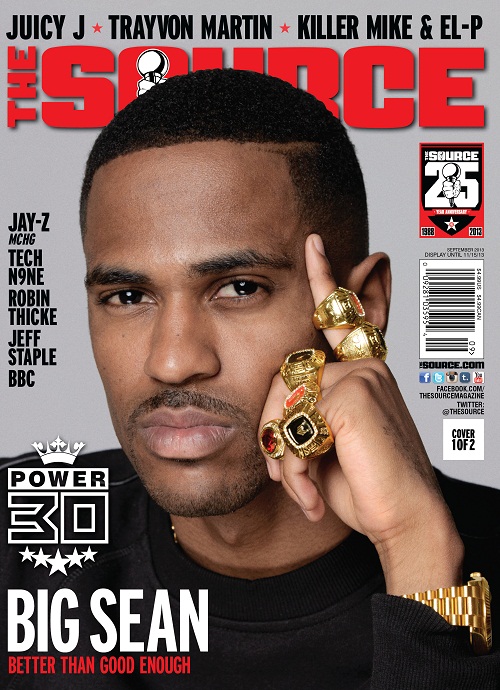 MHOL gives you an exclusive look at the new Source Power 30 Issue covered by Rapper Big Sean.  Big Sean. The Detroit native is set to drop his sophomore album Hall of Fame on August 27, and inside the special issue–which highlights the most influential hip-hop figures in 2013–Sean opens up about his career, love live and much more.

Big Sean had this to say:

On his public persona: “I don’t know, man. I don’t know how the public looks at me…But then I really don’t care anymore, too much, what people say because it’s kind of like I’m trying to prove a point to myself more than anything.”

On Hall of Fame delay: “Even though I got signed to Def Jam, they were like, ‘you got to give us a reason to put your album out.’ I had to give them incentive to put my album out over a Rick Ross album, or a Rihanna album. I had to show them that I could do something for ‘em.”

On how far he’s come: “I’m still young but, you know, it’s crazy going from the level I went from to the level I was at. Say you found somebody freestyling on the street right now. And they’re a kid. Then, in a matter of a few years, he’s on songs with Jay-Z. That’s a long way. It takes a lot of improving and getting better at making things happen.”

The Source’s 16th annual Power 30 issue will be available on newsstands in New York City Thursday, August 29, and nationwide on Tuesday, September 3.