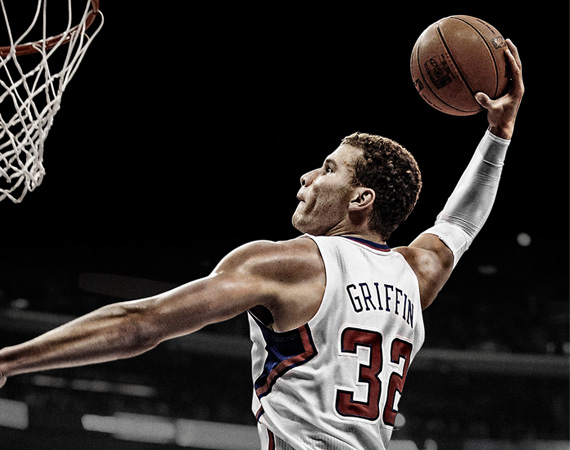 To shore up its player roster, Jordan Brand announced today that Blake Griffin has officially joined its roll call. Picked as the number one overall during the 2009 NBA Draft, the Los Angeles Clippers‘ power forward rose to the occasion in 2011 as NBA Rookie of the Year. In the same year, the 6-foot-10 Oklahoma native was named to the NBA All-Rookie First Team, NBA All-Star Team, and won the NBA Slam Dunk Contest title. Averaged 22.5 points per game, Griffin was instrumental in leading the Clippers to the biggest comeback in NBA Playoffs history against the Memphis Grizzlies last season. In his introduction of Blake Griffin, Michael Jordan said, “Blake has captured the essence of what the brand stands for through his style of play and love for the game of basketball. He is an amazing athlete and person who we look forward to working with for many years.”

Taking to the courts in his new Jordan Super.Fly, Griffin joins Russell Westbrook, another newly minted member of Team Jordan, along with rookies Michael Kidd-Gilchrist, Kendall Marshall, Jared Sullinger and Jeff Taylor for the upcoming season.
Written by Poe for FRESHNESSMAG