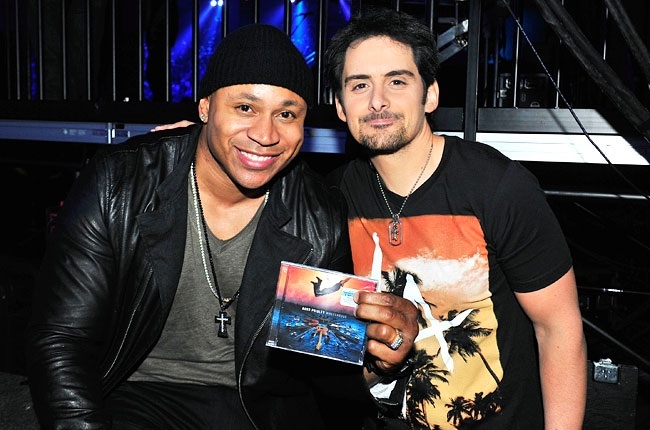 Brad Paisley has released a new song called “Accidental Racist”. The song has Paisley wearing a shirt adorned with the Confederate flag and claiming that he is “caught between Southern pride and Southern blame.”

“I’m just a white man comin’ to you from the Southland / Tryin’ to understand what it’s like not to be / I’m proud of where I’m from but not everything we’ve done / And it ain’t like you and me can rewrite history, Our generation didn’t start this nation / We’re still pickin’ up the pieces, walkin’ on eggshells, fightin’ over yesterday.”

The song features a verse from LL Cool J, where he addresses Reconstruction and attempts to relate as Paisley says in the song, “I try to put myself in your shoes and that’s a good place to begin / But it ain’t like I can walk a mile in someone else’s skin.”

“Dear Mr. White Man, I wish you understood / What the world is really like when you’re livin’ in the hood / Just because my pants are saggin’ doesn’t mean I’m up to no good / You should try to get to know me, I really wish you would / Now my chains are gold but I’m still misunderstood.”

Take a listen below:

The song, as you can probably tell from the content, has caused a bit of a controversy with listeners. Maybe this wasn’t a good approach from Brad Paisley.

#SpeakOnIt in the comment section and tell us how you feel!