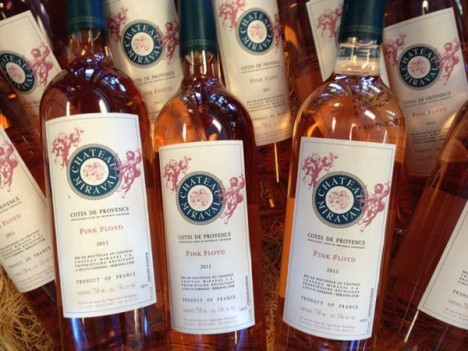 Angelina Jolie and Brad Pitt will be releasing their first bottles of wine next month, produced from their sprawling French estate in the south of France.

The first bottles to be released out of their Château Miraval vineyards in Correns about 110 km east of Cannes will be Miraval rosés, due out on the market in March.

The Jolie-Pitts purchased the 500-hectare property for $60 million USD and are in the midst of extensive renovations including the installation of stainless steel tanks.

The wines will be produced and distributed by the Perrin family, current owners of Château Beaucastel in Châteauneuf-du-Pape, who began working on the estate during the 2012 harvest.

Currently the estate produces red and white wines and a rosé named Pink Floyd after the group that recorded one of its albums in a studio on the property.Via.Luxuo