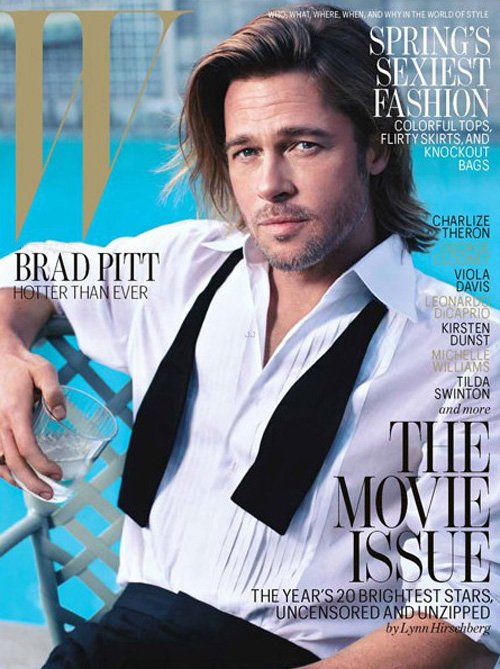 Here’s what the 48-year-old actor opened up about (via Extra):

On crying during a movie: I’m not much of a crier at films, but there was one…I was coming back from Cabo on my way to Montreal, and I got hit with Montezuma’s revenge. I could not keep anything down. I was stuck in a hotel room with no windows and was just doing what you do when you’re sick. On day two of this extremely painful episode, I watched a [2001] film called Life as a House. Kevin Kline is an architect and learns he has terminal cancer. He’s estranged from his teenage son and decides they’re going to finish this house. I don’t know if it would still hit me the same way, but on my 27th hour of pure wretchedness, this movie just crushed me. I should watch it again to see if it has the same effect.

On if his parents have seen him die in a movie: “They would have to. I die really well, by the way. It’s one of my strong points. I just take a bullet well.”

On if he has trouble watching himself die: “God, no. I’m just checking the boxes. Hit that. Missed that. Hit that moment. Missed that one. God, I’d like to do that one again.”

On the first role he auditioned for: “My agent sent me out for two films. One of them was The Accused with Jodie Foster. I was so excited.”

On if he went out for the part of the rapist: “Probably not. With this face, I was probably up for the guy with the conscience. I called up afterward and asked, ‘How did I do?’ There were three seconds of silence and then: ‘Have you ever thought about acting classes?’”