Brandy and Monica Play Their Hits and Draw 1.2 Million Viewers – Including Kamala Harris – in Verzuz Session 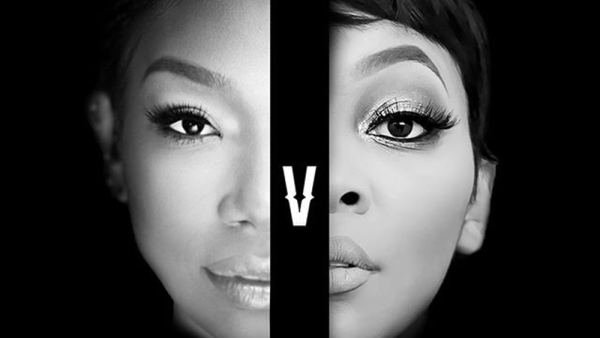 Last night was a celebration of two Queens of RnB and despite their past feud its not squashed and resulted in a Verzuz record 1.2 million viewers tuning in live! And including an appearance by vice presidential candidate Kamala Harris and calls to vote in the upcoming election echoed by Michelle Obama in the comments section.

Shot live from Tyler Perry’s film studios in Atlanta, the two former teen stars, (Brandy is now 41 and Monica 39) couldn’t have dressed more differently for the occasion. Monica was decked out in an elegant form-fitting Fendi outfit, hat and neat bob, while Brandy was in a bohemian patched jeans, multi-colored coat and long braids. She read several poems during the session as well, which amplified her hippyish vibe.

Monica even debuted her latest song “Trenches” featuring Lil Baby and produced by The Neptunes (which you can stream below.) The show fittingly ended with the two revisiting their iconic duet “The Boy Is Mine.” Check out both Monica and Brandy’s tracklists below.