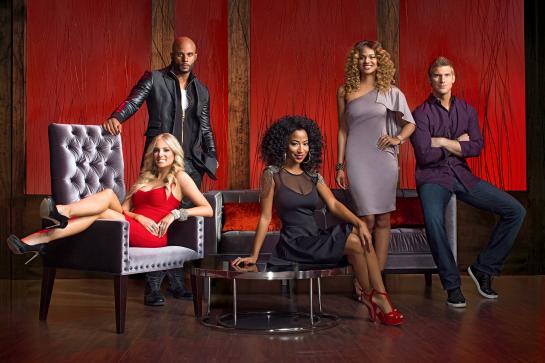 Another reality TV show out of Atlanta? I am living in the wrong state honey!

Mona Scott Young has done it again, expanding her TV empire from VH1 to BRAVO, with “The New Atlanta.” From the looks of the trailer, it’s in a bit of better taste, but there is still some drama because what’s a Mona Scott Young show without drama.

According to the network’s press release,

“The New Atlanta” follows the next generation of the city’s trailblazing young professionals who are hungry to achieve their dreams and find love as they struggle to resolve heartbreaks from the past. Aggressive in both their professional and personal lives, each hopes to make their mark in the cutthroat industries of fashion, music, event planning and business while taking advantage of Atlanta’s hot social scene.

“The New Atlanta,” will debut Tuesday, September 17 at 10pm ET/PT immediately following the premiere of “I Dream of NeNe: The Wedding” at 9pm ET/PT.

A triple threat—actress, singer and model—Africa Miranda is turning heads in Atlanta. Co-creator of the live concept show “The Lipstick Junkies” and the face of several international hair campaigns, her sultry voice and lovely locks have put her front and center in Atlanta’s entertainment industry.

A recent college grad, Alexandra is seen and heard in Atlanta’s hot Electronic Dance Music scene. She is a self-proclaimed “daddy’s girl” on the look-out for a husband who will be able to accommodate her current luxurious lifestyle.

Emily has the looks of the girl next door, but is a force to be reckoned with on her hunt for love. A successful boutique owner, she has quickly emerged as a new leader in Atlanta’s growing fashion industry.

Vawn is known in Atlanta’s bustling music industry as the “Go-to-Guy” for artist development and discovering new raw talent. Now writing a book promoting his theories on love and romance, this “bad boy” with “good boy” qualities talks about relationships like never before. His tell-it-like-it-is attitude is one that you will either love or hate.

A partner in an event promotion company, Tribble always has the scoop on the hottest parties in town. An up-and-comer in Atlanta’s entertainment industry, this former arena football quarterback knows what it takes to score on the field but is also looking for a touchdown in love.