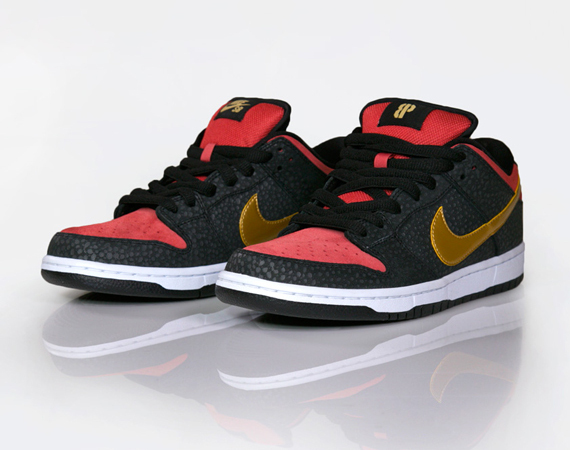 Following a preview back in November, Nike SB and Brooklyn Projects are finally set to release their Nike SB Dunk Low “Walk of Fame.” The co-branded kicks feature an appealing design inspired by the Hollywood landmark, carrying a textured charcoal base inspired by the distinctive Tinseltown sidewalk, along with a coral mesh toe and gold Swoosh emblematic of the star itself. Brooklyn Projects embroidery at the heel of each shoe rounds out the special details. Limited to just 500 pairs, the Nike SB Dunk Low “Walk of Fame” is scheduled for a July 20th release at Brooklyn Projects locations.