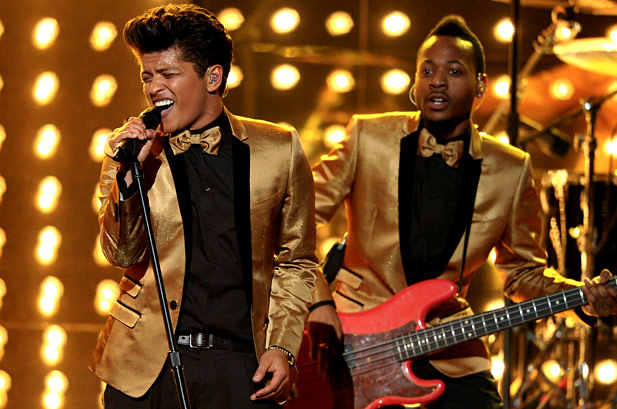 Dolce & Gabbana have announced that they have created the costumes for Bruno Mars’s ‘Moonshine Jungle’ tour which kicks off in Washington DC on June 22.

“Bruno’s style and music are so eclectic that oftentimes we have taken inspiration directly from his work to create looks that were at the same time in line with his very personal taste, as well as with the DNA of Dolce & Gabbana,” announced the brand.

The looks are reported to consist of exclusive black tuxedos with white shirts created especially for the star, and a red suit worn with an ocelot print shirt.

“With time, we have managed to establish with him a relationship of absolute faith in each other and mutual trust, that allows us to create and work together in an atmosphere of complete harmony,” they added.

Source:Luxuo
Previous « Fashion News /// Dolce & Gabbana Designers Convicted of Evading Taxes of $1.3 Billion in Income
Next Tupac Shakur Will Be Added to Hollywood Walk of Fame »