Cai Guo-Qiang “Falling Back To Earth” 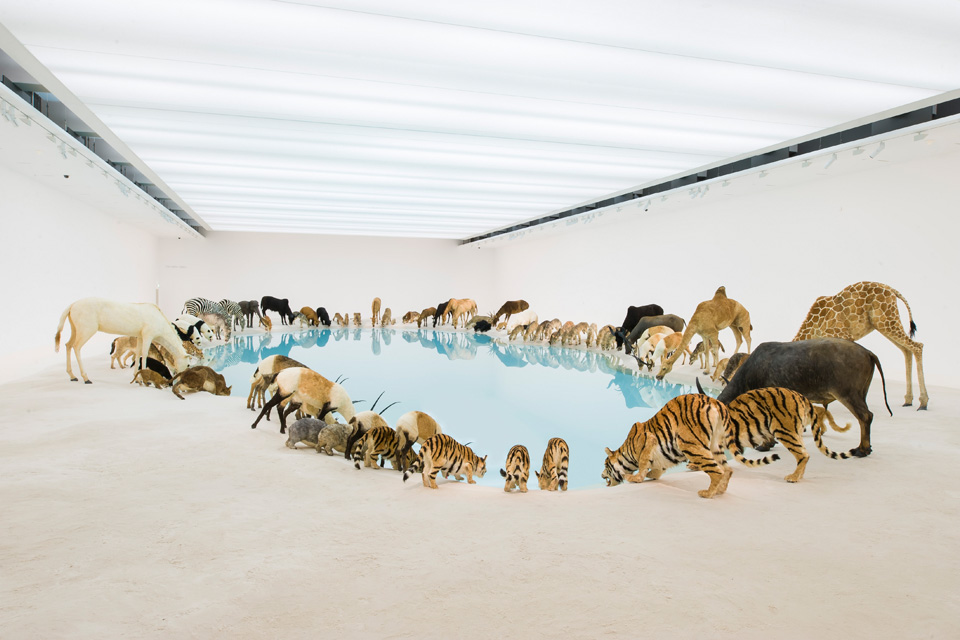 Chinese artist Cai Guo-Qiang has unveiled a new solo exhibition “Falling Back To Earth” at the Queensland Art Gallery | Gallery of Modern Art in Brisbane, Australia. The exhibition consists of four large-scale installation works, two of which were directly inspired by the surrounding landscape during a visit to southeast Queensland in 2011. Heritage is the central artwork in the exhibition which includes 99 replicas of animals from around the world, encircling a blue lake surrounded by white sand, drinking from the water. The second area-specific piece, Eucalyptus, features an enormous tree hung on its side, reflecting on the ancient trees of Lamington National Park in the neighboring Gold Coast hinterland. On display for the first time in Australia is the piece Head On which exhibits 99 model wolves leaping in to a glass wall. “Falling Back” To Earth is currently on display at the Gallery of Modern Art until May 11, 2014.
Queensland Art Gallery | Gallery of Modern Art
Stanley Place, Cultural Precinct
South Bank, Brisbane
Australia