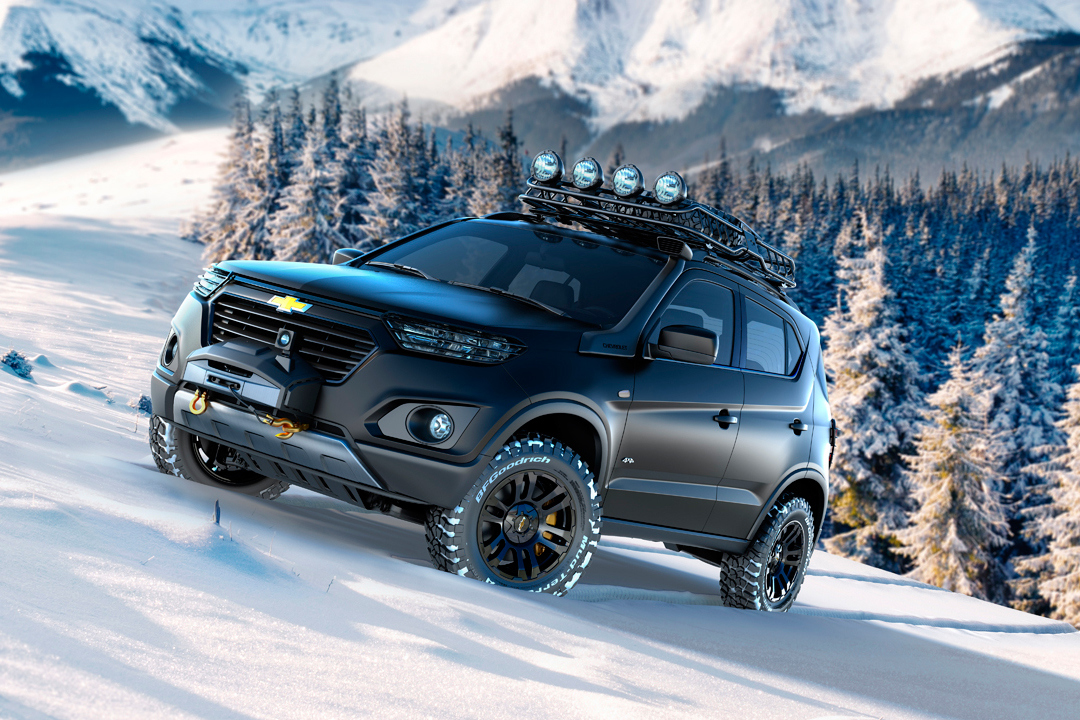 Following its official revealing at the Moscow Motor Show, here’s our very first look at the Chevy Niva Concept. For those unaware of the Niva’s unique history, this 4WD mini-SUV was originally introduced as the Lada Niva or VAZ-2121 by Russian automaker AvtoVAZ in the late ’70s. In 1998, Chevrolet collaborated with AvtoVAZ to create its own version of the off-road vehicle suitable for North American winters. Getting back to its tough-guy routes however, this concept features a bevy of all-terrain upgrades, including rugged BF Goodrich tires, a winch, a snorkel, under-body cladding, tow hooks, integrated lamp guards, auxiliary lighting, a roof rack, signature Chevy details and a rear end that look rather Benz-ish. Be on the lookout for the Chevy Niva to hit showroom floors as soon as 2016.