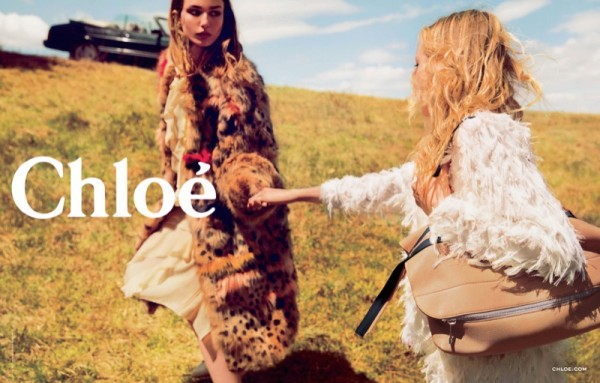 Shot in upstate New York with a convertible Saab sports car, the girls were photographed by Inez & Vinoodh in the CHLOE Fall-Winter 2014 collection.

The full film will go live on the Chloé site on August 1, but the brand will be teasing the campaign on its Instagram, Facebook and Twitter feeds from Monday, with videos published daily at 1pm CET through July 31.