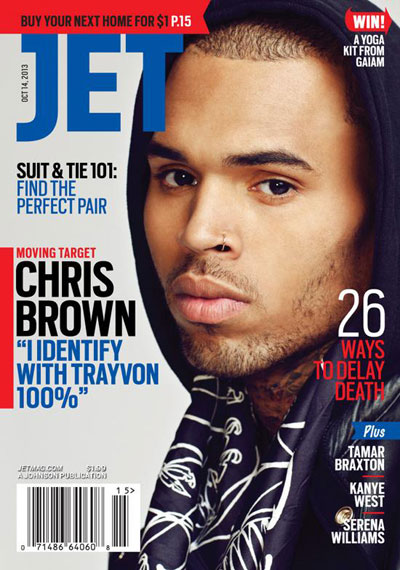 Chris Brown doesn’t this the public is giving him a fair chance. In the October 2013 issue of Jet Magazine the singer talked about his bad reputation, how he thinks that Jay-Z is getting a pass in the public eye, and his relationships with Rihanna and model Karrueche Tran.

On the media giving him a bad rap and past anger issue:

The media is full of yellow journalism. A lot of things I say, they will flip it. Instead of them getting off on all the positive stuff that I do, they will bring out the negative and draw out that story.

No disrespect, because I’m a fan, but nobody brings up the fact that [Jay Z] stabbed somebody and sold drugs. He gets a pass.

On the love triangle he had with Rihanna & Karrueche:

Relationships are the most difficult part. That’s why I was honest with those two girls and I put out that video. My ex and I broke up because of the “situation” and she had moved on. I fell in love with another girl. Then my ex came back, so it was like, ‘What is a man to do?’ I told them both the truth. I didn’t do the sucker role.