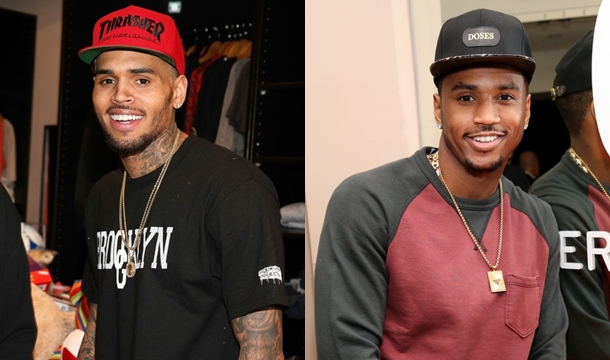 I can admit, I was uber excited about J+B tour, but um, this double dose of male R&B awesomeness is just making my heart pound out of my chest! Not only did these two grow up in Virginia, they have also been cool with each other since they came on the scene a decade ago. And with Trey’s Trigga already out and Breezy’s X dropping next month, this tour is already bound to poppington. I have listened to these Trey Songz and Chris Brown for the past 10 years and have enjoyed every album and mix tape they’ve put out. Hell, I might just get a VIP ticket to this one.

Chris Brown officially announced the tour on his twitter Thursday

The two also went back and forth on IG with some videos announcing the tour to their fans, Chris deleted all except one of his. It was cute, nonetheless.

Hmmm, I wonder if they will put August Alsina on some of the dates, that would be awesome wouldn’t it. YAS, because with that little bit they gave us on the BET Awards, I could only imagine how an actual show on tour would be! CLAWD Hammercy! lol ok, I’m done.

They haven’t given any details on dates and venues yet, but I shall keep y’all posted.