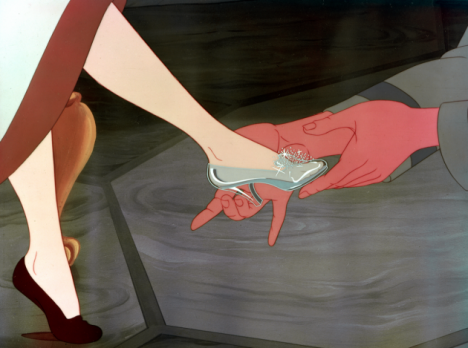 The animated picture is being rereleased on Blu-ray and DVD this fall, and in honor of this the French shoe guru will offer an interpretation of the iconic “glass slipper” worn by the movie’s namesake.

Fashionistas will have to wait until the summertime to see the shoe, although it is said the creator, famous for his red-soled talons, will put his own “magic touch” on the famous footwear.

“I have been so lucky to have crossed paths with Cinderella, an icon who is so emblematic to the shoe world as well as the dream world,” Louboutin is quoted as saying in WWD April 26.
Via.Luxuo