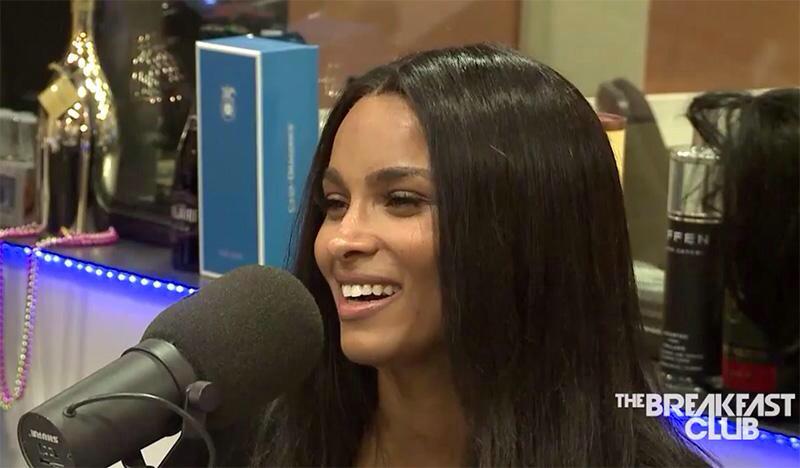 Ciara has made it very evident, in presence & music, that she has evolved into a new woman. With her new album, Jackie, slated for release next month, she surprisingly took the time out to visit The Break Club to discuss that, among other things. Her visit to Power 105.1 was more-so surprising because of the history she has with Charlamagne Tha God.. he targets her out every chance he gets.

In her interview with Angela Yee & DJ Envy, Cici touched on her breakup with Future for the first time, making it clear that she believes he did in fact have every intention to love her, but thing’s just didn’t work out. The greatest outcome was their son, Future Jr., & she placed heavy emphasis on what he has done for her life.

She also addressed Jermaine Dupree’s comments on her latest single, I Bet, & him calling it a rip-off version of Usher’s, You Got It Bad.

Jermaine’s an expressive person. One thing about having a baby, you really don’t care about a lot of stuff. You really don’t have time to sweat stuff. If Jermaine walked in the door right now, we could hug each other.

Check out the interview above.