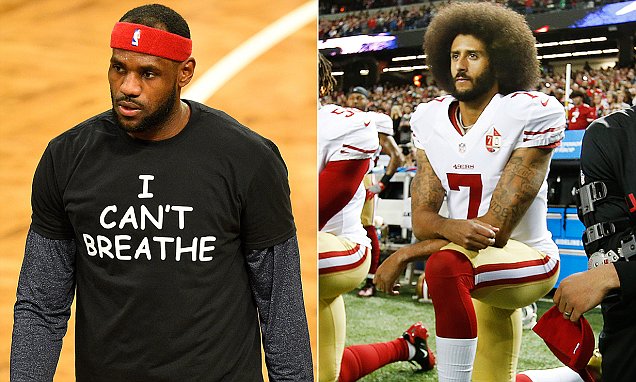 After the police shooting of unarmed Wisconsin man Jacob Blake, NBA players boycotted Playoffs games. Colin Kaepernick, who famously protested police brutality by kneeling during the National Anthem, has voiced his support for LeBron James (the biggest name in NBA) in a new letter.

“Four years ago on August 14, 2016, I began protesting against systemic racism and social injustice,” Kaepernick wrote in a letter he personally sent to LeBron. The Lakers star shared the letter on his Instagram story, adding that he will be “standing/kneeling right next to you brother!” The letter continued, “Truth is what I sought. Solidarity is what you showed me. Love is what moves us forward. Thank you for staying true.”

Lebron responded by saying: “Standing/Kneeling Right Next To You Brother! Appreciate You!”