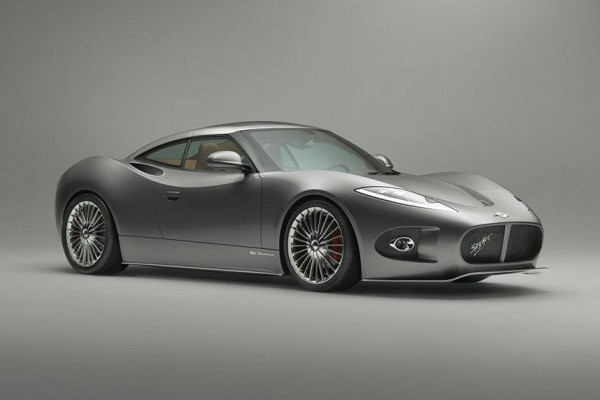 Dutch based Spyker is a manufacturer of highly exclusive hand-built super sports cars since 1880 and they have unveiled their recent creation with this B6 Venator.

The Spyker B6 Venator Concept is a compact, 2-door mid-engine sports car that will offer the discerning driver of the highest standards a new choice, delivering a rare combination of heritage, design, performance and exclusivity. Invigorated by the 20th century Spyker Hunter fighter aircraft, the vehicle boasts similar elements such as a aircraft-inspired canopy, afterburner-esque LED taillights, and 19-inch alloy wheels reminiscent of a turbofan.

Truly a beautiful marriage of design with class and luxury, the handsome sports car will begin production in early 2014 for key markets including Europe, the Middle East, Asia Pacific and India, followed by the US in Fall 2014.